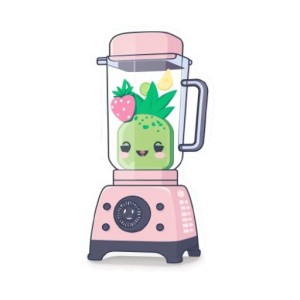 I’ve been in this industry for quite some time now.  I’ve seen all the amazing things that web designers and agencies do, and I’ve also seen the worst.  I want to share with you three things that you should look for before hiring your next web professional.

The use of buzzwords is so common that I’m going to dedicate a full post, just on this topic alone to clarify it all, but I’ll cut to the chase here.

A while back I was speaking with a potential client about what we can do and what we offer.  She then read to me a proposal that she had received from another web agency.  As she read it aloud, I noticed that she had no idea what she was reading.  In fact, she even said on multiple occasions “I have no idea what that even is…”

The proposal used words that are common in the web industry, but to a small business owner, sounded like a different language.

Here’s what you’ll get with your website for $x amount of dollars… SEO, Ranking in Google, Responsive Web Design, Dedicated Login, etc., etc.

I get it though.  If you were reading a proposal that just had three bulleted items as opposed to 20, you might think you’re not getting as much, but that’s just not the case.

Don’t let these buzz words scare you, but don’t let them fool you either.  Make sure the web designer explains to you what each one is, and if you’re unsure, Google it.

Here are some things to keep in mind when reading these proposals:

I like the real approach to things.  Big proposals for big projects, small or no proposal for smaller projects.  Just make sure that you and the person you’re hiring are on the same page.

Website Templates and How The Site Is Being Built or Developed

You may not care about this because it’s all tech geek stuff, but trust me, it’s super important.  Using templates/themes may sound like a good idea to cut costs, but it’s so not.

Before I get into tearing this apart, let me first explain that there are times when a template is better than something else.

If you just want a site up quickly, have a tight budget and aren’t too picky on the look or functionality, use a template or theme.

That’s pretty much the only reason I can think of to use one.

Other than that, you’re developer should be doing one of these three things:

Without getting too technical, there are specific reasons for this.

Picture ten thousand people all drawing a picture.  Some of them are artists, some of them aren’t.  Now you’re an art buff, and you go in and want to make a purchase. There’s too many to choose from though so you get someone to help you out.

That person goes through all the drawings and says, “This one, this is the one you should get,” and you say “but I don’t like how this part looks or that part, can you redraw those sections.”

So you’re buddy attempts to redraw them not knowing or understanding how the original artist did it. When he gives it back to you, it’s amazing, but what was originally created in pencil is now mixed with crayon, water paint, oils, and chalk.

You’re happy with it, so you don’t pay any mind until you try to make more adjustments. Then you realize you can’t make the changes you want because you can’t erase crayon, water paint, oils, and chalk.  On top of that, the original artist moved on, and now you’re stuck.

This is an extreme example, but it just goes to prove a point.  There are too many variables when a designer uses a theme, and in the long run, it can end up costing you a lot more money to fix it than just to have it done correctly in the first place.

So take some time, and ask your web designer how they plan to create your website.  If they’re doing any of the three things listed above, then you’re off to a good start, but if they say I’m going to start with a theme from ThemeForest or something else, that’s a red flag!

We develop all of our sites using a Framework called Generate Press.

Just some plain jane experience.  When you hire someone, ask them about their background and what they have experience in.

This day and age scare’s me a bit because we’ve almost come to a point where ANYONE can call themselves a web developer, or web designer.  I’ve seen it!

We’re in the age of technology where the tools coming out can create full websites using artificial intelligence.  Where any business owner can sign up to a DIY site and build something for the world to see.

I spoke with Brent Weaver from uGurus a while back, and we had a big discussion on websites just being commodities.  And I had to agree to disagree because I didn’t believe they were.  However, if you hire someone or just do it yourself, or if you just fall into this loop of being client number 2345 instead of “Jon” or  “Kristina” then yes, your website is most definitely a commodity.

Having a site created and not touching it means that you didn’t have any reason to spend money on building one in the first place.

[clickToTweet tweet=”Having a site created and not touching it means that you didn’t have any reason to spend money on building one in the first place. “]

Experience is not just creating a website.  It’s understanding who you’re making it for and what you need to accomplish with it.

Before you go and hire your next web professional, make sure you ask them about their experience.  Don’t spend $3,000, $5,000, or $10,000 on a website that you’re just going to let sit there.  You can get one for free if that’s the case.  Have your next hire be involved, be proactive, and work with you on your website.

Have any questions or need help implementing any of these strategies.  Our goal at SureFire is to take away all the difficult tech stuff and help you focus back on your business. Let us handle everything web.  Click here to discover more ways on how we can help small businesses. 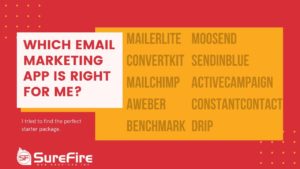 Which email marketing tool is the best one for you to choose?  I go over a few of the top email tools 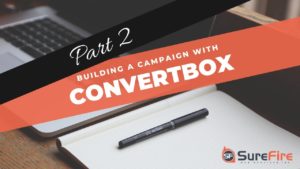 How to build your first campaign with Convert Box

I’m completely loving the power and functionality behind ConvertBox. In this video, I go over how to create a simple campaign and 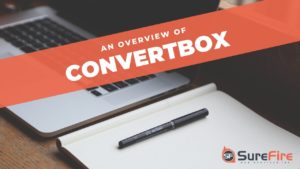 If you’ve been looking for a platform to collect emails, market, and segment your audience on your website, then this is it!

Enjoy the new site.  We tried to make it a little more personal and fun.  We’re always adding and changing things too so make sure you keep coming back.  We’ll be adding more video content in our blog as well to show off some of the tools we use!  We strive to offer what you need, so if you don’t see something on the site that you need as a service, let us know!

Articles For You     View All

Mobile First Indexing. What You Gain Vs What You Lose

10 Ways to Make Your Business Zoom through Website Services

Made with ❤ via Elementor.

Bottom line, we want to make sure your website is running as smooth as possible.

In addition to everything mentioned, we also add up-time monitoring to your website so we can be notified if your website ever goes down and fix it.

We back up your website daily, we make sure it’s running fast, and we ultimately treat the website as if it were our own.

WordPress sure does love to be hacked.

I guess that’s to be said for a platform that runs almost half the internet.

Key point, hackers love to mess up WordPress websites.  It’s incredibly annoying and an enormous nuisance if it happens to you.

But there’s hope!  We have security on top of security.  It’s very rare that one of our site’s gets hacked, but in the event it does, we’re on it.

We have backups, and we make sure to clean the site to get it back up and running as quickly as possible.

When you use WordPress, Themes and Plugins are constantly being updated.

Here’s the kicker though, it’s up to you to actually update them.  Most business’s purchase a  website and never log in to do essential updates.

When this happens, plugins end up being less and less secure, making you vulnerable to hacking and malware.

Not only that, when it does come time to update, if it’s been too long, it can actually break your website.

We make sure all of your plugins and themes are secure and up to date.

We want you to know that we will always be available and ready to make changes to your website.

All you have to do is make the request and we’ll add the task into our queue to work on.

We try to keep tasks limited to 30 minutes, and only 1 request a day.  But just reach out to us to make sure.

Anything over the 30 minute mark is invoiced.

If there’s ever an emergency task that you need to get done, mark the request as “Emergency” and we’ll take care of it ASAP.

If you really want to know all the technical stuff about our hosting, here it is.

We have multiple servers on a platform called Cloudways.  All servers are upgraded and specifically tweaked to make WordPress run really fast and be really secure.

There’s 24/7 support on all of our servers and daily backups are ran both on the site and on the server itself.

We host all of our sites because it gives us more control and if anything ever goes wrong, we can jump on immediately instead of waiting  for support. :) Also, free SSL for you!